Role models. Heroes. People we look up to. Those are a natural part of the human experience: we seek to emulate the things we admire, in hope that we might become more like them. In terms of building your career, “looking around” can be incredibly informative, right? You see someone who seems to be at a place you’d like to be at, and so you look at what they’re doing, and what they’ve done. You emulate what makes sense to emulate, and you hope to achieve some of the same outcomes they have.

Not a bad plan. 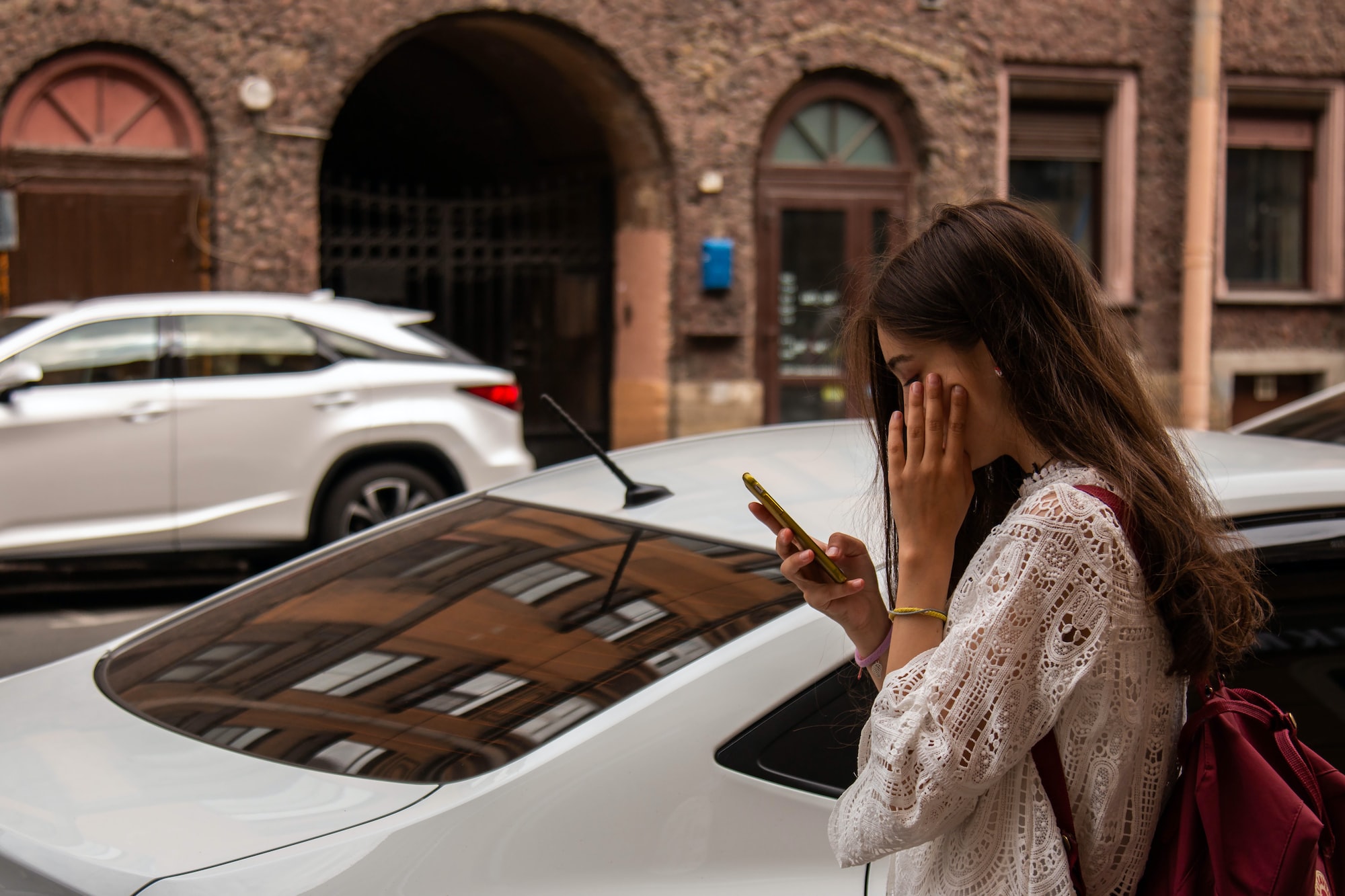 What’s happening here? Take a moment to think about it and decide.

It’s easy to understand that this static photo is just a snapshot in time. We don’t know if the woman just got out of the car, is just getting in the car, or has nothing to do with the car at all. Is she reading a text message? Checking her stocks? Reading a news article? We don’t know.

When we encounter live human beings, we don’t think of them as snapshots. They’re in motion, after all—they’re not just a static image. But every human you see is just a snapshot. You’re seeing a current state, with no visibility into the past or the future. You have to be really careful applying a snapshot to your own life.

I’ll offer you an example from my own career.

When I was much younger, I had my first opportunity to speak at a technology conference. I’d already been doing classroom training for about a year, so while the idea of standing on a stage in front of potentially hundreds of people was intimidating, I felt I could handle it. I dove in, prepped my materials, and delivered  two pretty decent sessions on Visual Basic programming (I told you I was old).

While I was there, I struck up a conversation with another one of the speakers—who happened to be someone I recognized from their books, magazine articles, and the like. They were incredibly friendly, and I started looking a lot more at what they were doing for a career.

Lots of conferences. Lots of private training classes. Lots of magazine articles—and listed on the mastheads as a “Contributing Editor,” to boot! And in chatting over a couple of glasses of wine, I learned that they traveled a lot, but had a lovely, large home to go back to. They had a loyal following of fans, their own website and discussion forum, and a lot more. They even had a second home in a beautiful vacation spot. This was success!

(By the way, if you think you’ve identified the person I’m speaking of, trust me, you probably haven’t!)

I decided I wanted me some of what they had. I wanted to work for myself, I wanted to write the books and magazine articles, I wanted to speak at the conferences, and I wanted a nice, big house. Maybe a second house. I definitely wanted success, and I’d seen it.

So I started emulating this person. I pushed hard to get my name as “Contributing Editor” on a magazine masthead (and wound up in TechNet Magazine and Redmond Magazine). I pushed hard to write books (I’ve written dozens, now). I submitted for any conference that would have me, and I started plotting my own private training classes—setting myself up for a career as an independent, even though I was employed at the time.

Then I hit some snags. Not all at once, of course—career consequences often reveal themselves slowly, over a long period of time.

Being an indpendent worker means you’re the sales team, the marketing team, the finance team, every team. It’s a ton of work, it’s stressful as hell, and it can wreck your personal life if you’re not careful. Much later, I learned that my role model didn’t have very many close friends—too much time on the road to make any. They coudln’t really hold down a long-term relationship, either—between the travel, and the driven personality it takes to be independent, you have to find someone pretty special in order to “make it work.”

See, I’d made some major decisions for msyelf based on what I saw in my role model, but I didn’t dig deeper. I didn’t understand, at the time, that all things require balance and compromise. You can’t have All The Things, but it had never occured to me that following a particular career path could have so many negative personal consequences. I made it through okay, but only by making some adjustments. Few folks know it, but most of my income during the Independent Years wasn’t from conference speaking or from writing books. I found other sources of income that were steadier, a bit more specialized (meaning I could charge a bit more and pick my jobs), and a lot more flexible (less travel and more time for myself).

So as you model your career, and decide what’s next, definitely look around. Look at folks who’ve achieved what you seek to achieve, and look at how they’re doing it. But dig deep. Talk to them, if possible. Learn more than a single snapshot will provide. Consider the consequences, the tradeoffs, and the compromises.

Look around… but look carefully.